If you’ve ever wondered how much YouTubers make or even how much money YOU can make with a successful YouTube channel, this guide is for you.

Even within the same channel, videos with a similar number of views might make hugely different amounts of YouTube ad revenue. In this article, we’ll explain WHY that happens.

We’ll go behind the scenes and give you some different examples from our channel, which currently has 1.3 million subscribers, so you can get a good idea of how we make money from YouTube ads here at Primal Video.

Make sure you stick around until the end to find out how much money we’ve generated from the BIGGEST video on our channel.

Before we get started, if you’re diving into info about YouTube ad revenue you’ll probably come across the term ‘CPM’.

This stands for Cost Per Mille which means cost per 1,000 impressions. It represents how much an advertiser will pay to show ads on YouTube.

We’ll run through a range of different videos on our YouTube channel with around 100,000 views. This will give you an idea of how vastly different the amounts of money YouTubers make is!

Over the lifespan of this video, it has brought in $514.33. But there’s a massive range in day-to-day income. Some days it made $1.60 and other days it made $0.14. There are random spikes and falls over the video’s lifetime.

This shows you how it really is out of your control. The amount of ad revenue comes down to demand from companies or brands wanting to run ads on your content and how much those advertisers pay.

The majority of views (65.7%) for this video are coming from YouTube search.

This is because we optimize our content and do the research upfront to ensure we show up consistently in search results. We’re not just hoping that a video will take off and go viral.

This means we have a higher chance of a video performing and being relevant for a long period of time.

Even though this video has been up for far less time than the previous one, it’s brought in three times as much money.

Video: How to Make Money on YouTube with a SMALL CHANNEL!

What’s interesting about this one is that in the last 48 hours, the top traffic source (54.3%) had come from ‘External’. If we go into Reach we’ll see that the external source is Google Search.

So not only are we able to optimize our content so it shows up in YouTube, but we can also have it showing up when people search in Google.

The Overview graph shows that this video is performing nowhere near as well as most of our other YouTube videos. But it’s still appearing, ranking, getting views and generating income for us years after it was uploaded.

So that’s three examples of three totally different videos on our channel. They all have around 100,000 views but were uploaded at vastly different times and have brought in very different amounts of money.

These are really just average videos on our channel – they’re by no means the biggest or the smallest. Now let’s check out some videos with 1,00,000 views.

These examples will give you an idea of how much YouTubers make with a large audience or strong following. Keep in mind there could be a staggering amount of difference between channels and niches.

Over the lifetime of this video, the number one way viewers found this video was through YouTube Search (39.4%). But there’s also 31.8% from External which came from Google search.

By optimizing our content around knowing what people are searching for, we’re also giving YouTube a lot of the key ranking factors it uses to decide which content shows up in suggested and recommended areas on the platform.

So by targeting YouTube search, we can also get our content showing up in multiple other places across the platform as well.

Even though this video has been up for a much shorter time, it’s already generated much more money.

Hopefully this really demonstrates that we’re not relying on a video going viral. We’re being really strategic with our content.

The top traffic source for this video is YouTube search at 89.3%! In the last 48 hours it still had 3,376 views. You can tell from the graph that views are continuing on an upward trend. It doesn’t look like we’ll see a decline any time soon.

Video: How To Create A YouTube Channel! (2020 Beginner’s Guide)

It currently has 8 million views. This single video has brought in over $65k in advertising earnings.

The next biggest video on our channel has 3.3 million views, so it really is a standout for us. It’s brought in 11,800 views in the last 48 hours.

Once again, it’s very heavily search focused. Over 60% of the views have come from YouTube Search.

If we take a look at the videos that have brought in the most earnings over the life of our channel, we can see that views definitely don’t correlate to income. There’s often a huge discrepancy between how many views you get and how much money you make.

That’s because at the end of the day it comes down to companies, businesses and individuals running ads on a video.

But there’s an added variable. Even if you have a video that takes off and gets a lot of advertising revenue, it can then suddenly drop off. It’s all beyond your control.

So even though YouTube ad revenue is a great way of making money, it’s probably not something you want to rely on and build your business around.

This is purely because anything could happen. There could be another Adpocalypse and companies could stop running ads. Or YouTube might change the amount that it gives to creators.

There are other factors at play. Whether you’re an average YouTuber or one of the highest paid YouTubers, it’s potentially risky to rely on that.

That’s why here at Primal Video, ad revenue is just one of three income streams we have. Our income sources are YouTube ad revenue, affiliate marketing (the biggest stream) and digital products (our Primal Video Accelerator course).

Of course, as YouTube creators once you’ve joined the YouTube Partner Program there are other ways of earning money than just ad views.

You’ll notice that even the top paid YouTubers who have a super large following and fairly reliable ad views, have different sources of income that make up their net worth.

If you want to hear more about our different revenue streams, find out How We Make $1M+ From YouTube.

And if you’re interested in learning about our YouTube strategy and how we use keyword research to create content we KNOW people want, check out this free PDF copy of the Primal Video Method.

How to Use Your PHONE as a Webcam (iPhone & Android!)

Learn how to use phone as webcam step-by-step (both iPhone & Android smartphones), using completely free software on Mac & … 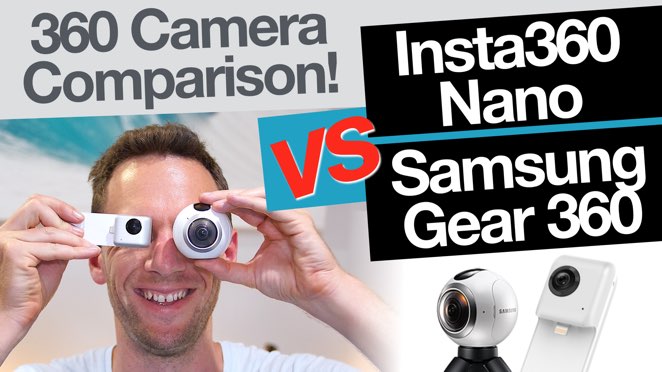 Review and comparison of the Insta360 Nano vs Samsung Gear 360 degree cameras. Which is the best 360 camera for …

This video will show you an easy way to edit your music and videos together, nailing the timing every time! …

Interviews and Collaborations are one of the BEST ways to grow your online audience and YouTube channel FAST! Sean Cannell …

The Pixel XL and iPhone 7 Plus both promise the ‘Best Camera’, but which is better for Video? Here’s our …

How to Edit Faster In Adobe Premiere And Screenflow: Quick Shortcuts For ‘Trim Top & Tail’

One of my most used keyboard shortcuts for Video Editing is this simple set for ‘Trim Top and Tail’. Here’s … 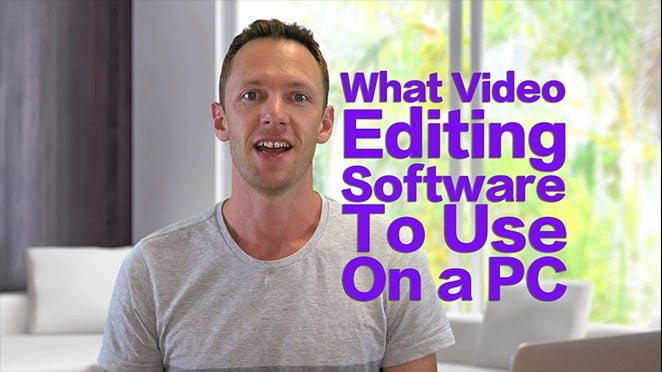 What Video Editing Software Should You Use On A PC? Quick Guide.

Here’s a quick guide for beginners, intermediate and expert editors to help you refine your choices when selecting video editing …

How to Make a YouTube Channel Trailer – The Ultimate Template!

A good YouTube channel trailer converts your viewers into subscribers. It’s a vital part of optimizing your channel and a …

The Elgato Facecam has some great features & awesome software. But how does it stack up against current market leaders …