YouTube Super Thanks is an awesome way for creators to make money on YouTube. It allows viewers to donate directly to YouTubers from their YouTube videos!

Previously known as Viewer Applause, this YouTube monetization feature has recently received a BIG shake up. Now content creators can connect and engage with their audience on a whole new level.

The YouTube Super Thanks button has been in beta for a while but it’s officially being rolled out now. So if you’re looking for another way to scale your income with YouTube, this one’s for you.

In this guide, we’ll show you everything you need to know about the new Thanks button. You’ll learn exactly how to make money on YouTube with this awesome feature.

Once it’s been enabled, a Super Thanks button appears under all videos on that person’s channel that are eligible for monetization.

As part of the Super Thanks, the viewer can leave a featured comment that shows up in the comments feed underneath that video.

You might remember a similar feature called Viewer Applause. Well, that’s essentially what Super Thanks is – it’s just undergone a bit of a makeover.

The biggest change is that now you can edit the comment that accompanies the Super Thanks. Previously, the only text that you could send was ‘Thanks!’. You weren’t able to change the text when donating to someone.

So it’s awesome that now you can edit this and add your own custom comment when you give a Super Thanks.

This update adds a whole new element to Super Thanks. Giving the viewer the option to customize messages and even ask questions, is a game changer.

This concept is really similar to Super Chat which allows viewers to donate to content creators when they’re live. Just like with Super Chats, the comments stand out with different colors. But since Super Thanks are in the YouTube comments, they stick around for much longer.

As an awesome added bonus – once a viewer makes the Super Thanks donation, a cool little animation appears on screen celebrating that they have donated to the creator.

So, we think this really is an awesome new feature. It helps people not only show their appreciation for the content, but also to ask questions that are featured and stand out in the comment feed.

Now you’re probably wondering how to send a Super Thanks…

Let’s run through the process of sending a Super Thanks.

For this example, we’re going to send a Super Thanks to Andrew Ken’s YouTube channel. He has lots of great video and audio tips so we want to send a donation to say ‘Thanks!’.

You’ll see that under his videos there’s a Thanks button. When you hover over the button a note will appear that says ‘Show support with Super Thanks’.

All you need to do is click the button. A window will pop up with the message saying you can buy an animated Super Thanks and that as an added bonus, your public comment will be posted on the video.

The amount that you can donate will appear in your local currency. For us here in Australia, we can donate $2, $5, $10 and $50 (all in Australian dollars). You’ll notice the color changes for the different amounts as well.

The comment text defaults to ‘Thanks!’. Again, this was previously not something you could change. But now you can type in any comment that complies with YouTube’s Community Guidelines.

Once you’ve selected the amount and customized your comment (if you want to), hit Buy and Send. Specify your payment method and press Buy.

This is where you’ll see the cool little animation. A notification will pop up that says ‘Your purchase has been confirmed. Go to comments section to view your comment.’

Then if you scroll down to the comments, you’ll see your comment is featured in the feed on that video. People are able to see how much you donated and what your comment says.

One things to note about Super Thanks is that the standard YouTube revenue split applies here.

So the content creator won’t receive the full amount that’s donated. They’ll receive 70% while YouTube will get the other 30%. This is consistent with other YouTube monetization methods.

Now let’s take a look at eligibility for this feature.

Sounds pretty great, right? So you might be wondering who’s eligible for Super Thanks.

To be eligible, you need to have a channel that’s already enabled for monetization. This means being part of the YouTube Partner Program.

You need to have 4000 hours of watch time on your channel within the past 12 months and have 1000 subscribers to be eligible for the YouTube Partner Program.

Once you’ve ticked those boxes, it’s super easy to enable YouTube Thanks. Let’s run through how to do it now.

How To Enable Super Thanks

Open up the YouTube Studio dashboard and go to Monetization in the left menu.

In the top menu select Supers. If your channel has access to YouTube Super Thanks, it will appear as a toggle that you can turn on and off in the top right corner.

Once you turn on YouTube Super Thanks, it will be auto-enabled on all of the videos on your channel that are eligible to be monetized.

You can view all of your YouTube Super Thanks comments in the Comments area on the YouTube Studio dashboard.
To see these, go to Comments in the left menu and they will appear among your regular comments.

You can change the filter to show just Super Thanks comments to make sure you’re responding to them and engaging with all the people who have donated to you.

Not seeing the Super Thanks button on your account? Don’t worry, you’re not alone!

If you’re part of the YouTube Partner Program and don’t have the Super Thanks toggle option next to Super Chats and Super Stickers, it just hasn’t been rolled out to your account yet.

There’s a message that says ‘You do not have access to Super Thanks yet. Rest assured, it’s coming soon! You’ll be notified in your YouTube Studio dashboard when you have access.’

This is being rolled out progressively so if you don’t have access yet, you should get it very soon.

Now You Know How To Make Money With YouTube Super Thanks

If we appreciate someone’s video, if it’s helped us, if it’s saved us a bunch of time and research – it’s awesome that we have the ability to donate to that creator directly on that video.

There’s no need to join a monthly subscription as a channel member or wait until they do a YouTube Live – which used to be the only options.

Usually we would have to wait until a creator went live to be able to donate with Super Chat. But now, we can show our appreciation at any time, super quickly and easily.

But it’s also huge for viewers who get to connect and engage with creators on a new level.

We’re super keen to test out YouTube Super Thanks and really excited to see where YouTube takes this feature from here!

If you’re looking for other ways to build an income off the back of your YouTube channel, you don’t need to wait until you’ve hit those YouTube monetization requirements.

There are other ways you can start making money immediately, even with a new channel. To learn more, check our guide on How To Make Money On YouTube With a Small Channel. 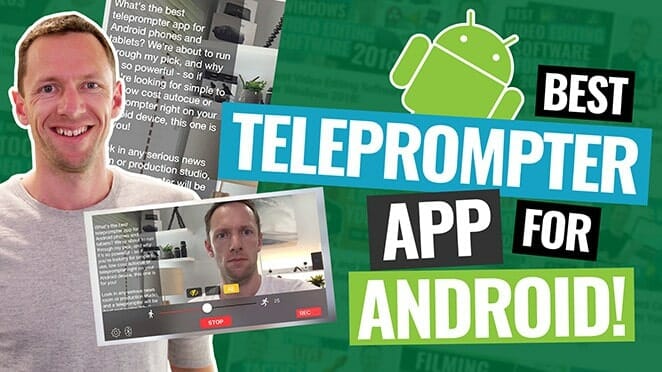 Review of the BEST Teleprompter App for Android right now! Complete roundup after testing the latest autocue and Android tablet/smartphone …

This is the best budget microphone on the market right now! It’s a clip on microphone with awesome audio quality …

How To Get Comfortable on Camera, Faster!

Getting comfortable on camera. It’s a topic we get asked about all the time at Primal Video, and when on …

How to add PROGRESS BAR to Video!

Learn how to add PROGRESS BAR to Videos, just like Gary Vee’s red progress bar on Instagram… but for ANY … 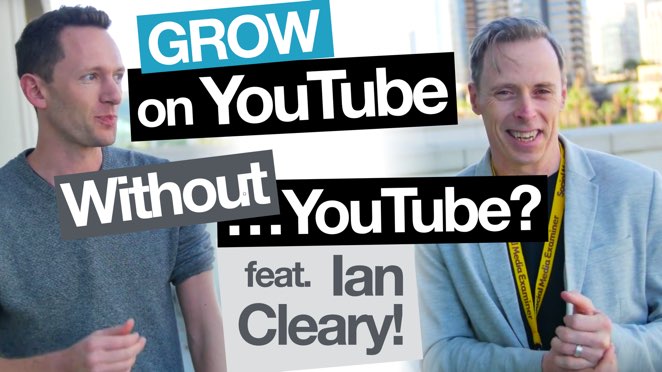 How to Drive Traffic on YouTube and Grow Your Channel! Feat. Ian Cleary

Learn how to drive traffic on YouTube and grow your channel FASTER with these tips & tools from Ian Cleary. 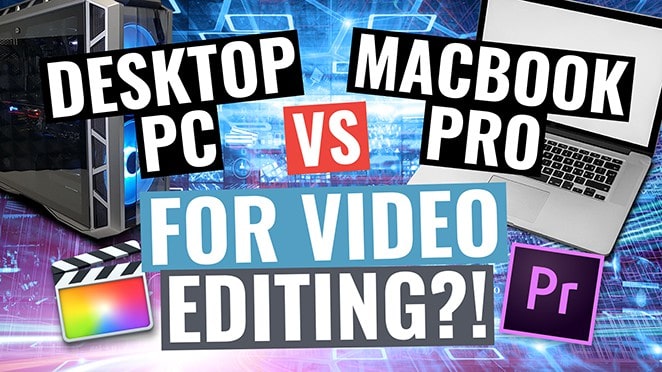 Deciding between PC workstation and a Macbook Pro for video editing? Find out just how well does the ‘efficiency’ of … 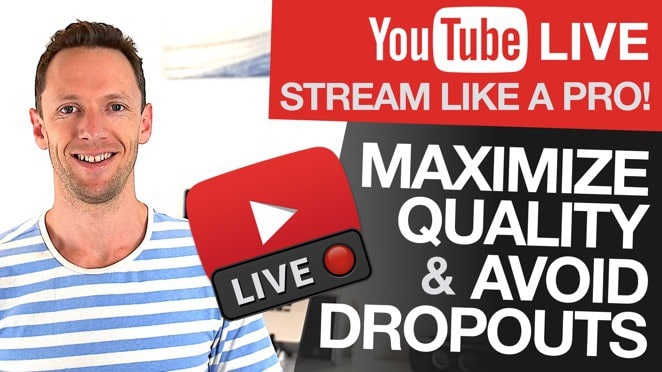 YouTube Live is great for live streaming to your audience, but without the right speed and preparation the results can … 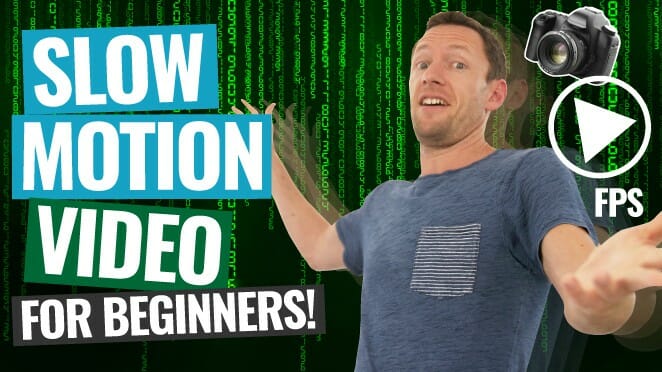 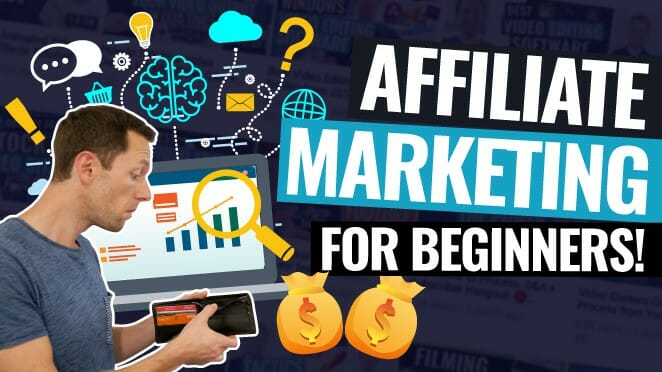 How to START Affiliate Marketing for Beginners!

Learn how to start affiliate marketing and build sustainable passive income the SMART way, step by step in this complete …