The Elgato Facecam has some great features & awesome software. But how does it stack up against current market leaders like the Logitech C920, C922 and Brio?

And more importantly, is this our top pick for best webcam in 2022?

Webcams are an area of tech that have seen little innovation over the years. Digital cameras have made leaps forward but the webcam space has remained fairly stagnant.

The typical webcam has average quality, bad low light performance & autofocus, as well as terrible software without even basic controls!

Well, the Elgato Facecam promises to fix all of that.

This is our full review to help you decide which is the best webcam for your Mac or PC right now.

We’ll begin with some quick specs. This will show us how the Elgato stacks up against the Logitech Brio and Logitech C922 on paper.

It’s got an 82 degree field of view, so a little bit wider than the C922. But the Brio has those three different settings so it takes out this category.

While most webcams have auto-focus built-in, it’s usually not very good. You can see it pulsing and hunting for the focus point.

To fix this, Elgato has gone with a fixed focus lens. This means the focus is totally locked. Everything that’s between 12 and 47 inches from the webcam is automatically in focus. Anything outside of that range, will not.

The Elgato Facecam is fixed focus with a 24mm lens

Elgato also chose to go with a 24 millimeter equivalent fixed lens. This is a really popular lens choice when it comes to live streaming.

Both the Logitech webcams have auto focus lenses meaning it’ll likely have that struggle trying to find the focus point.

As the Elgato has a fixed lens, there is no optical zoom. But you can digitally zoom in and re-frame your shot using the software.

The Logitech Brio has an impressive 5x digital zoom

The Brio has a 5x digital zoom. So it’s not optical either but since it shoots in 4K you’re not going to lose much quality which is great.

Elgato made the decision to remove the microphone for this webcam. We don’t think this a deal breaker. Why? Because most people we know don’t use the built-in microphone in their webcams. They’re usually terrible.

The Elgato Facecam and the Brio both have USB-C connectivity. The C922 has USB-A connectivity. Elgato also comes with a USB-C to USB-A cable which is handy.

Now that’s enough of comparing the specs. Let’s get into our review of the Elgato Facecam.

The Elgate Facecam looks awesome. When you pick it up, it is surprisingly light. It feels kind of cheap and plasticy. But we don’t think that’s a real problem.

The mount is solid – it opens up quite wide so it’s going to fit most screens.

One thing it doesn’t have is the ability to tilt left and right. To be fair, pretty much no other webcams have this feature either! But having this ability would allow you to frame up your shot exactly how you want.

So this isn’t a deal breaker. The base itself can be removed and there is a standard tripod mounting thread on the bottom. This means you can always mount the webcam on a ball head if you want that flexibility.

It also comes with a lens cover but this isn’t attached to the webcam. So if you’re taking it on and off a lot, there’s a good chance you could lose it. We may be guilty of this…

Let’s take a look at the settings and the interface.

You can zoom in but you will lose quality by doing that so we don’t recommend using this feature unless you have to. You can adjust the contrast, saturation and sharpness. The sharpness usually defaults to +2 and we suggest taking it down to +1 but this is up to you.

Under Exposure, you can turn the Automatic setting off. Then you’re able to manually adjust the shutter speed and ISO. This is one of the features we love about this webcam – you’re getting DSLR-like settings! No other webcam gives you this much control.

Then in the bottom left corner you have noise reduction. This removes some of the digital noise or grain from the darker areas of your shot.

It really is incredible that you have the ability to dial everything in and lock down your settings. But one of the biggest stand out features is that you can save these settings.

If you go the top right and hit the Save button, it won’t just save to your computer but it will also save those settings to the webcam itself. This means if you unplug the camera and use it in a different computer, those settings will still be saved as the new default.

Now let’s quickly run through the Logitech Brio settings for a comparison.

Up until very recently their software was pretty terrible. But they’ve made some solid changes so let’s take a look. Inside the Logi Tune software is where you can adjust the settings.

The quality is really good, giving a crisp image even when zoomed in

You can zoom in and out. You can change the field of view between 90 degrees, 78 degrees and 65 degrees. And you’ll notice that the picture is still really clear and crisp even on the closer view.

If you scroll down further you can turn off the auto-focus. This is something we strongly recommend doing! The auto-focus is not great. Even the slightest movement causes the lighting in the shot to change.

There are some presets filters you could use if that goes with your video style. Under Adjustments is where you can dial in the settings. It’s good that you’ve got some level of control but these are nowhere near as powerful as Elgato’s settings

Elgato vs Brio vs C922 Pricing

The Elgato Facecam is currently selling for $199.99. So it’s definitely not on the cheaper side – there are much lower priced options out there.

If you’re looking for the best budget webcam, the Elgato Facecam might not be the right option

But we do think with the amount of features you’re getting and the level of control you have, that it’s a pretty amazing option!

For comparison, let’s look at the pricing of the other two webcams:

What Is The Best Webcam?

Overall, the Elgato Facecam is a really cool webcam. We love the low-light capabilities and how awesome the software is. It’s incredible that you have control over so many settings, especially if you’re someone who loves to dial everything in.

Here’s a quick video comparison of the different webcams

Even better, is that you only need to dial those settings in once and then you can save them onto the webcam. Then you always know that it’s good to go.

After having access to this feature, it’s actually a big annoyance when we’ve gone back to use the Logitech Brio.

With the Brio, your settings might be looking awesome one day and then the next day you might plug it into a different port and it’s lost all of those settings. So being able to save the settings to the camera itself is a HUGE feature.

But unless you’re comparing them side by side, you likely won’t notice the difference.

The Brio also does a good job with the auto settings for the most part. So it’s great that you don’t always necessarily have to dive in and make adjustments. But as mentioned, we recommend turning off the auto focus.

In terms of the C922, we don’t really think it’s fair to compare it with the Brio and the Elgato. Its features just don’t stack up with the features of the other two.

So, which one is the best webcam?

If we had to pick one overall winner, it would be the Elgato Facecam. This is what we’ll be using going forward because it’s the best option for how we use webcams.

But as always, go with the option that works best for you!

Whether you’re looking for the best webcam for teaching online classes, for Zoom or for live streaming – both the Brio and Elgato are great options.

If you found this guide to the best webcam for Mac & PC useful, feel free to share it on social media or with someone you know who might like to learn from these webcam reviews too!

How to Remove Copyright Claims on YouTube Videos – Quick & Easy!

If you’ve got a YouTube copyright claim or copyright strike, you might be feeling frustrated or nervous… Also called a …

How to Find Music for Videos (Choosing the RIGHT Music!)

Learn how to find music for videos, and how to pick the BEST music for your content!

Video Presentation Tips: 3 Steps to Reduce Takes and Save Time

Some people are able to present perfectly on camera first go… I’m not one of them, so here’s 3 Video … 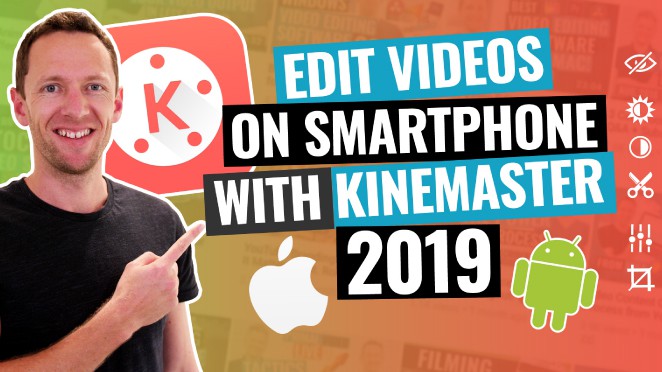 Kinemaster Tutorial: How to Edit Video on Android & iPhone!

This is the best budget microphone on the market right now! It’s a clip on microphone with awesome audio quality …

How to Film With iPhone and Android Rear Camera: Use Mac or PC as a Viewfinder!

Smartphones are awesome for shooting videos on a budget, but the best camera is on the back making it difficult …

Fix Flickering Video: How to Remove Flickering and Strobing in Videos

Flickering and strobing is all too common in video footage, but it can really impact the quality of your YouTube …

Make Animated Titles The EASY Way (After Effects NOT Needed!)

Animated video titles are an awesome way to brand your content and improve viewer engagement. Even including simple video title …