There’s good news… You don’t need to go through all the struggles and learn all the lessons by yourself. Because we’ve already done that for you!

So if you want to learn how to make a YouTube channel that gets views and subscribers, you’re in the right place.

In this guide, we’ll teach you exactly how to start a YouTube channel the way we wish we had started. With these YouTube tips you’ll be able to grow on YouTube quicker & easier!

So, if we were starting a new YouTube channel TODAY – this is what we’d do differently…

Doing research before diving in and creating content is an absolute game changer.

When we first started our YouTube channel, we would come up with a random idea for a video, shoot it and release it.

Those videos would get next to no traction because no one actually wanted them! Even if people did want one of those videos, they couldn’t find ours because we hadn’t done the research that would allow us to optimize it.

By researching up front, you’re able to create videos that you know people want. You also have the information to optimize your videos in a way that helps YouTube find the right audience for that content.

You could start by looking at other channels in your niche to see what they’re creating. Then you can get more detailed by running searches on YouTube to find topics, keywords and phrases that people are actually looking for.

Having done no research or looking into audience insights when we first started our channel, we were creating a ton of really specific video editing tip videos. These were the videos we thought people wanted.

But our target audience were business owners not video editors. People who knew they needed to make video content to help grow their brand but didn’t know how to create videos.

We were creating content we thought would be helpful to them, but it wasn’t what they wanted or searched for.

So get clear on what your audience wants, create content that matches that and then maximize the value you provide them so they can take their results even further.

You should be able to get a good understanding of who your audience is based on the things you learnt in the research phase. There will be some clear insights into your audience’s likes, dislikes, interests and the level of technical understanding they’re at.

Figure out those details and create content around them.

Thumbnails were a massive afterthought for us when we were getting started on YouTube.

We would take a freeze frame or a frame grab out of the finished video when Justin wasn’t talking and sort of smiling. The thumbnail was not a priority.

It wasn’t until after we started taking thumbnails seriously that we started getting more traction on our channel.

The truth is, thumbnails are just as important as the video itself! If no one actually clicks on your thumbnail image, no one will see your video masterpiece.

So you need to make sure it grabs people’s attention.

A great place to find inspiration for thumbnails is right on YouTube. Take note of the thumbnails that grab your attention and make you want to click on them. See if you can apply those aspects to your own thumbnails.

Also look at videos that have a lot of views on them. What aspects have they incorporated into their thumbnails?

Lastly, take intentional photos. Don’t just pull out screen grabs – pose for photos to be used in thumbnails. Point, gesture, pull silly face, anything that might get people’s attention. This is so simple but will give you a much better end product!

If you want to learn how to make awesome thumbnails, check out our complete tutorial right here.

Heads up: this is a more advanced strategy and it’s not free. But it’s definitely worth it!

You’ll need to use TubeBuddy and be on their Legend plan currently to unlock this feature.

TubeBuddy will gather some data and tell you which one performs the best.

The beauty of this is that it takes all the guesswork out of thumbnails. You can know for certain which one will get more clicks. Even if you think you know which one will perform better, a lot of the time you’d be surprised by what other people prefer.

Using a thumbnail that gets more clicks means more people are going to see your video. Even if you were only able to increase the click through rate by 1 or 2%, over the lifetime of your video that’s a huge increase in viewers!

We had no plan or structure when creating videos early on. We would come up with an idea, maybe throw down a few bullet points and start talking.

Justin would be jumping from one point to another. This made the video frustrating to produce but also much harder to edit. It was structured in a way that was hard for people to follow along. So no one was winning!

If you create your videos with an optimized video structure designed for engagement and adding value, it will be MUCH easier to produce, edit and for your viewers to consume.

This is the 5 step video structure that we use for every one of our videos now:

Want to learn more? Check out our complete guide on how to structure your videos for maximum engagement.

We put off outsourcing for much longer than we should have. Justin is one of those weird people who actually enjoys editing! So it was really difficult for him to hand over the reins.

But once he did, it freed up so much time and meant our video creation wasn’t entirely reliant on him.

This saved a ton of time and energy. We’re all our own worst critic so it was much harder for Justin to edit videos of himself than it was for him to edit other people’s videos. It’s easy to be picky and even judgemental about what you’re saying and how you look.

So if you’re holding onto editing all your own videos too, check out our complete guide to outsourcing video editing. You’ll learn how you can outsource video editing for as little as $4 – $7/ hour.

Then you can spend more time working on your business and your brand rather than getting stuck on that content hamster wheel of shoot, edit, release and repeat.

We’ve all seen people do it. You’re about 30 seconds into the video and the content creator reminds you to ‘hit that subscribe button’. We’re guilty of having done this as well!

But that’s not how you actually get subscribers. You need to think about the viewer journey.

Someone has just arrived on your video, they’re about 20-30 seconds in, you haven’t even delivered the content. You’re still in the hook or intro phase of your video. They haven’t seen the value yet. So why would they want to subscribe without knowing if your video has helped or entertained them?

What we do now is ask for a smaller commitment e.g. give the video a thumbs up.

Then the viewer has interacted with your content (which YouTube sees as a positive indicator) and then they’re much more likely to see your videos again in the future.

From time to time we might encourage people to subscribe at the very end of the video. But everyone knows where the subscribe button is and what it does. You don’t need to ask them to do it. If they see value in your videos, they’ll know to subscribe.

#8 Know That Your First Videos Will be Your Worst Videos

The very first videos on our channel look terrible. They also took us SO much longer to create than they do now.

So know that your first videos are probably going to suck a bit, and just get started anyway.

You probably have more than enough gear to create videos right now using a smartphone, webcam or whatever you have.

Focus on improving by 1% on every video. Let’s say you’ve just shot a video, you start editing it and realize you’re not happy with the lighting. No problem. Release it anyway! Tweak the setup for your next video so you’re improving as you go but still use the one that you’ve already shot.

You’ll learn so much more and so much faster by actually putting content out there, receiving feedback and growing while you do it.

Anything that goes wrong or any mistakes are just lessons for you to learn from.

As you’re doing this, check your analytics. See what comments and feedback you’re getting. Find out what your audience is liking. Then you can create more stuff like that.

But you need to remember that even though your content might not be great in the beginning, you’re going to improve and grow over time with every video.

So there you have it – now you know how to start a successful YouTube channel. This is the approach we’d take if we had a fresh start on YouTube.

If you want to learn more about how to grow on YouTube faster, check out our 9 Tips to Grow Your Channel From 0 to 1000 Subscribers Fast!

What’s the BEST Budget Tripod for Video? There’s a lot of options for portable & cheap tripods, but for most …

DJI Osmo: Should you get one? (and why I’m upgrading)

The DJI Osmo LOOKS awesome, but should you get one? Here are my thoughts after regular use (and why I’m … 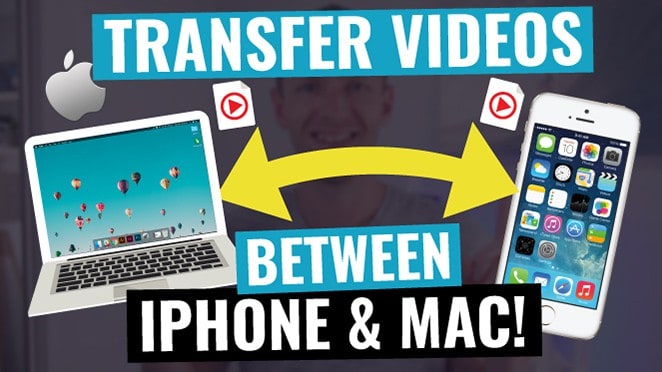 How to Transfer Videos from iPhone to Mac (and Mac to iPhone!) 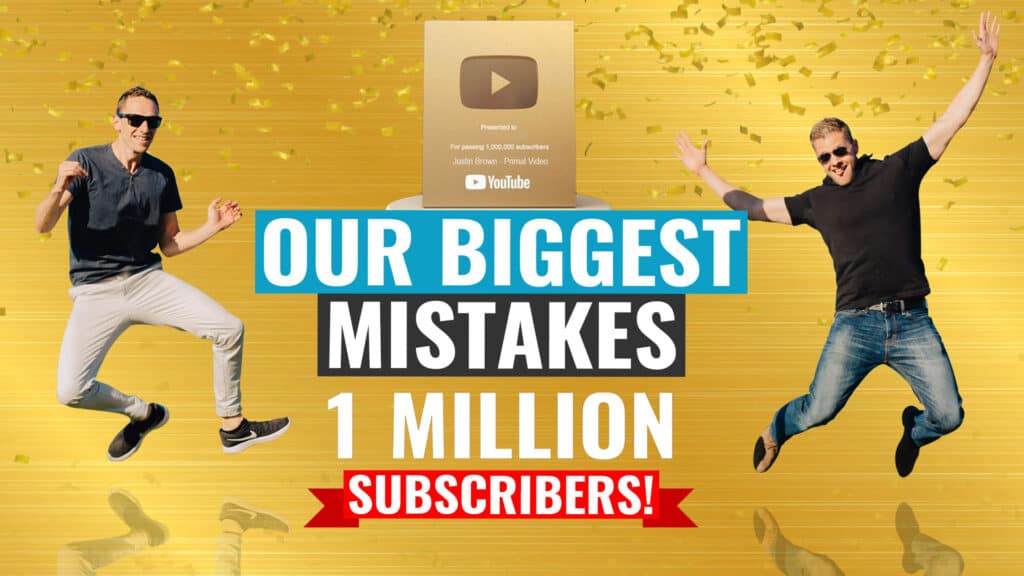 1 MILLION Subscribers! Here’s what we did wrong…

Primal Video just hit 1 MILLION subscribers! What better way to say THANK YOU to the Primal Video community than …

How To Get Comfortable on Camera, Faster!

Getting comfortable on camera. It’s a topic we get asked about all the time at Primal Video, and when on … 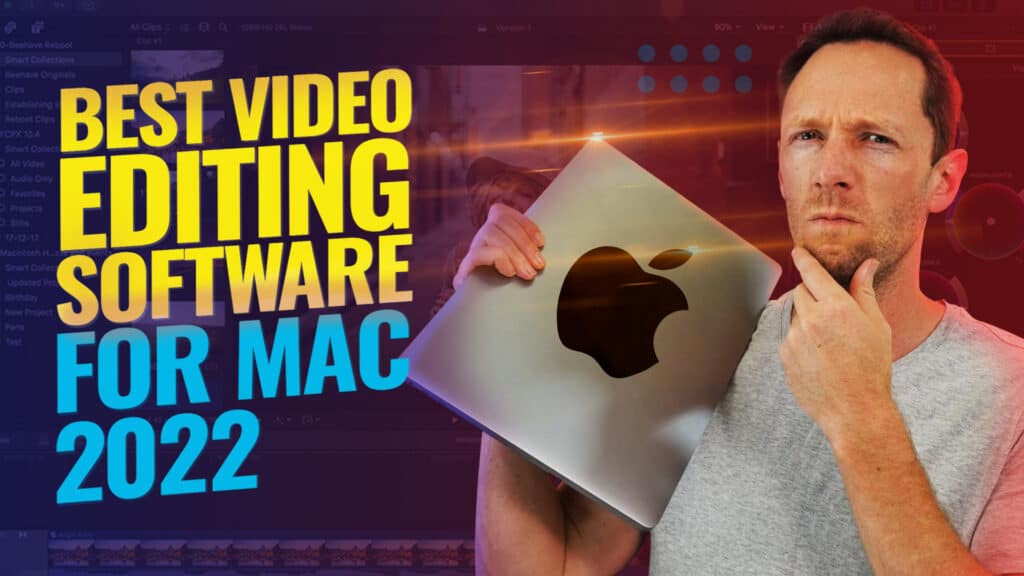 With so many options out there, it can be challenging to figure out what’s the best video editing software for … 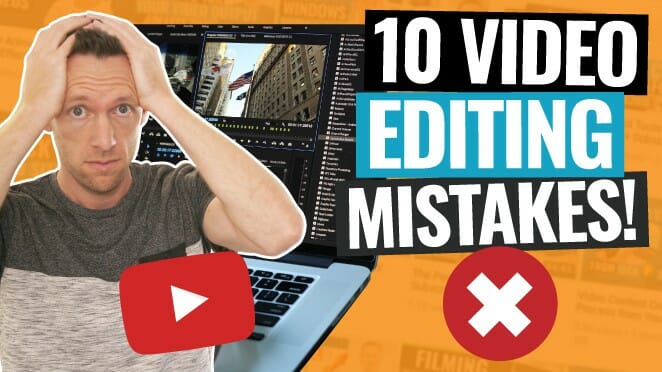 Here’s 10 mistakes NEW Video Editors make when starting out, and how to easily avoid them! (Video Editing for … 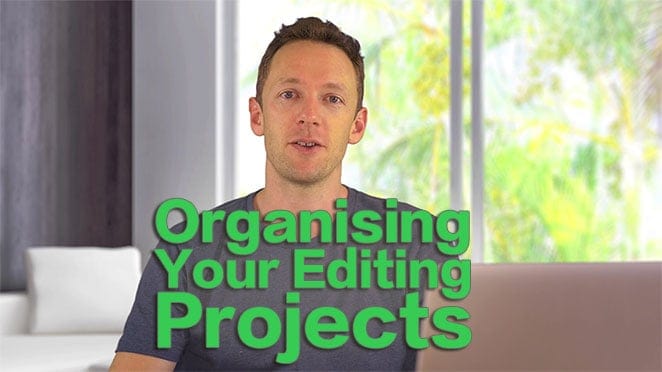 How To Organize Video Project Files: Simple Folder Structure To Save Time and Avoid Headaches

Here’s a simple file structure anyone can use to organize production files. Links When available, we use affiliate links and …

Best Screen Recorder for Android (& HOW to Record your Android Screen!)

Review of the BEST Screen Recorder for Android, including both free and paid apps and a complete tutorial of each …